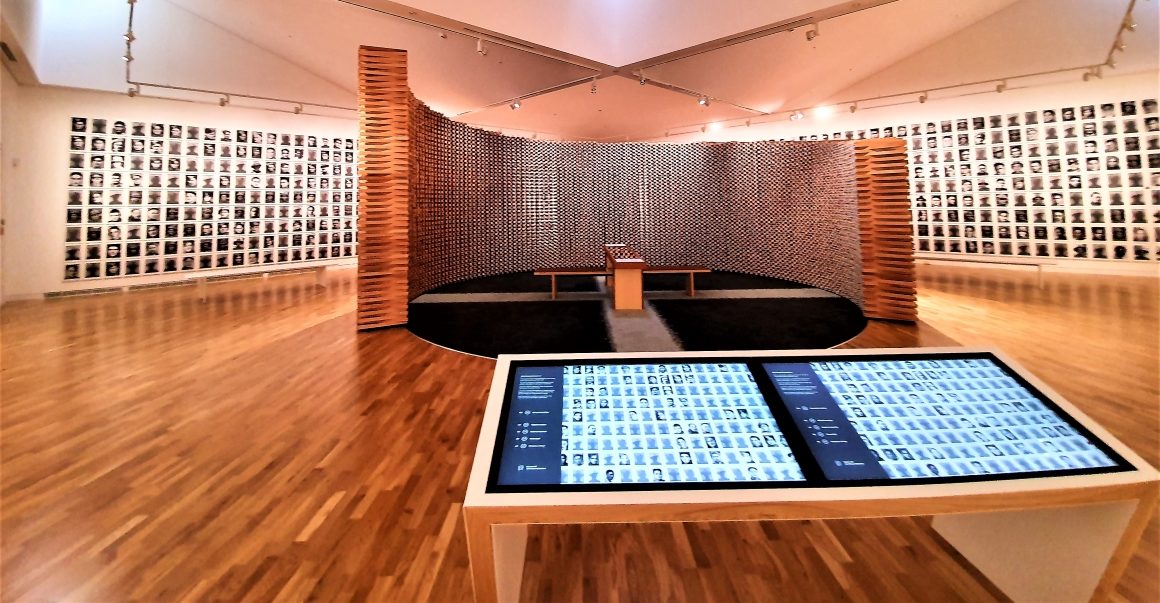 Welcome back to education groups!

Header Image: The third gallery acts as a contemplative Whare Maumahara (House of Memories) for visitors, descendants and whānau.

Students from Bay of Islands College, Kawakawa, spent time in Te Rau Aroha researching the role their tīpuna (ancestors) played during WW1 in the Māori Pioneer Battalion and WW2 in the 28 (Māori) Battalion. There were some special moments of connection and pride for these Year 11 students as they discovered information about their own whānau through the rich tapestry of photographs, diaries, letters and personal taonga on display.

Te Rau Aroha tells the story of Māori service and sacrifice during times of conflict with a strong focus on the Māori Pioneer Battalion and 28 (Māori) Battalion. Students walked up Nia’s Track in the footsteps of the 28 (Māori) Battalion soldiers who paraded here on the 6th February 1940 for the centennial of the Treaty signing. Students stood at Te Whare Rūnanga where on that day Sir Āpirana Ngata encouraged the soldiers to be brave, saying fighting on faraway battlefields was the price Māori had to pay to be accepted as citizens of New Zealand.

Students thought about reasons Māori decided to fight alongside Pākēha and what this achieved for Māori in the years following the wars. They took away a new appreciation and deeper understanding of the service and sacrifice of their tīpuna during these conflicts.