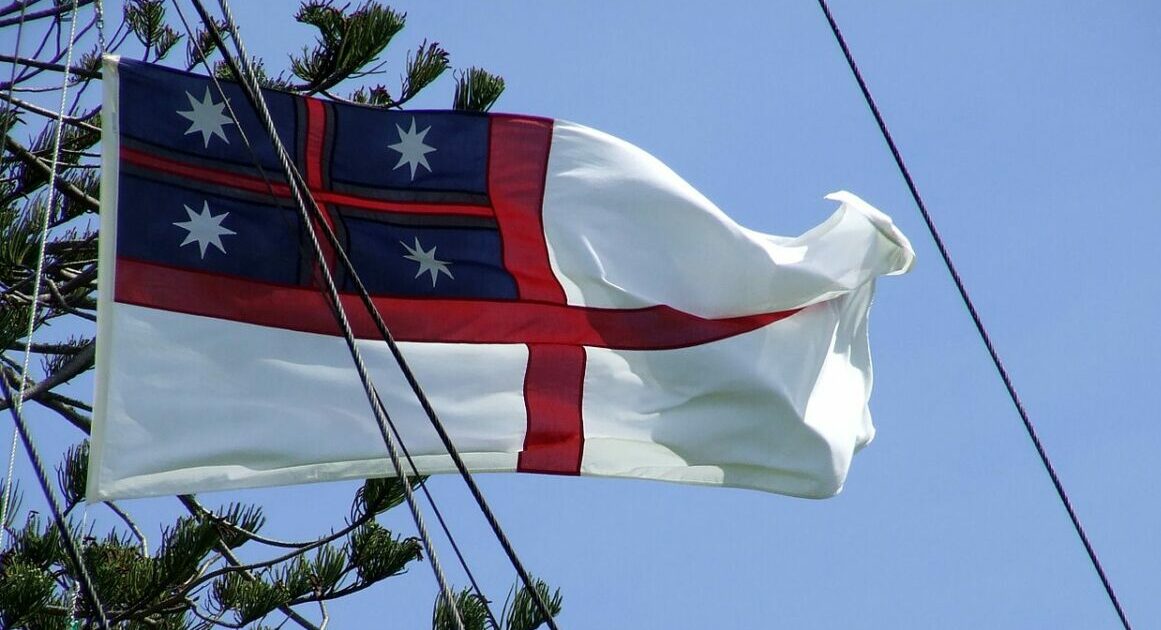 Raised on a kauri spar Hōne Heke gave to James Busby, it was accompanied by a 21-gun salute from HMS Alligator in the Bay. Important in our history and identity, did you know it’s still a legal flag of NZ?

The official name for Te Kara (The Colour) is Te Kara o Te Whakaminenga o Nga Hapu o Nu Tireni – The Flag of the United Tribes of New Zealand. The votes were recorded by Eruera Pare, the scribe of He Whakaputanga in 1835. The preferred design, known as the United Tribes flag, received 12 out of 25 votes; the other two designs received 10 and 3 votes each.

The need for a flag arose as trade grew with the colony in New South Wales. Many Māori leaders and entrepreneurs had already been trading with and visiting the colony in NSW for some decades. In 1830, Hokianga chief Patuone and his relative Taonui sailed to Sydney aboard the Sir George Murray, first European-style ship built in New Zealand, and part-owned by Patuone and Taonui, who provided the timber. Upon arrival on its maiden voyage, the ship and cargo were impounded by customs officials for breaching British maritime navigation laws, which required all trading ships to fly a national flag.

Te Kara was sent to King William IV for approval and a drawing of it circulated internationally with instructions to recognise it as the New Zealand Flag. Only the Union flag was flown by British officials after Te Tiriti was signed, however it never officially replaced Te Kara which remains a legal New Zealand flag, never decommissioned by the Crown. Te Kara is important in our history and identity; for many a powerful symbol of Māori independence.

We share the stories and messages of the 3 flags flying at Waitangi with our visiting education groups. Sometimes people are surprised to found out about Te Kara and say that if our latest flag referendum in 2016 had included it in the selection, they may have voted for it!