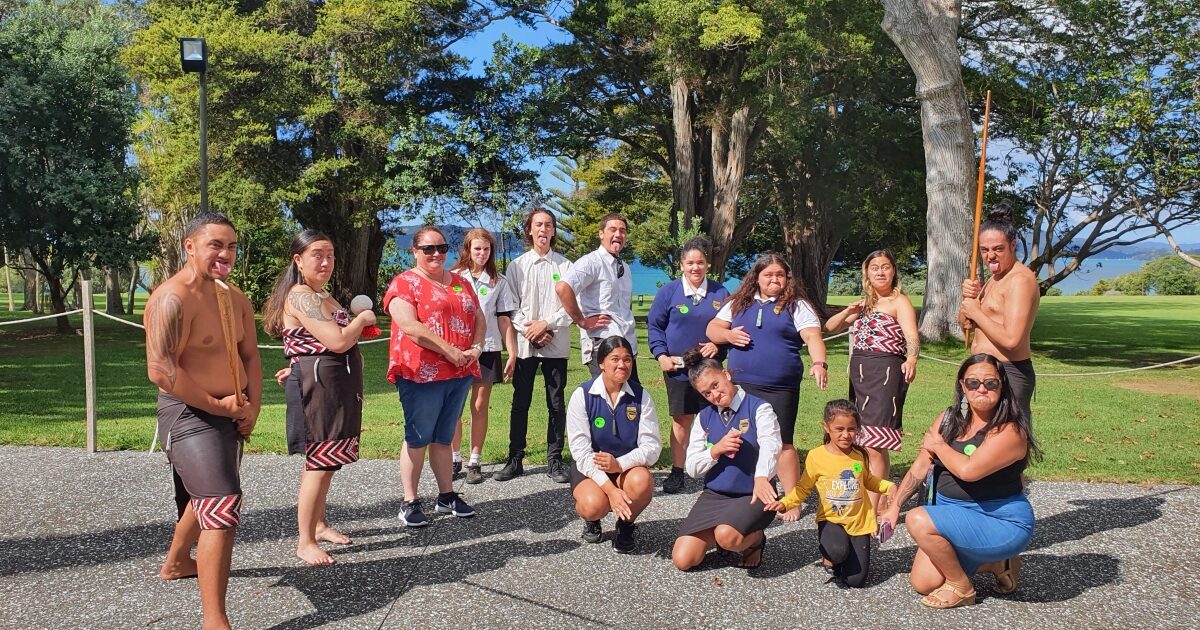 Imagining the past, building our shared future

As we explore Waitangi’s stories and taonga, our programmes encourage students to reflect on, analyse, interpret, and evaluate events before and after the signing. This leads to thoughtful questions, open communication, and an ability to see events from multiple perspectives.

Students recognise how these events have shaped our national identity and can place them in the context of wider historical themes and forces at play. Making connections between our past and present helps students understand how this all still impacts us today.

As educators we find it interesting to hear students share their values and opinions, and their visions of how they think our history might have turned out if key events had unfolded differently, if key people had made different decisions. What would have been the outcome if Te Tiriti/The Treaty had never been signed in 1840? What if it had been signed with the French? How could things have been done differently? Would certain things be acceptable now? Why were they acceptable then?

However students may imagine alternative pasts, more importantly is the realization of their own role and responsibility in shaping our shared future as citizens of Aotearoa New Zealand.

Ōpononi Area School has a special connection to Waitangi’s stories. Ōpononi is sited on the south shore of the Hokianga harbour – its full name is Hokianga-nui-a-Kupe, final departure place of Kupe (to return to Hawaiki).Te Tai Tokerau tradition holds that Kupe, legendary Polynesian navigator and explorer, settled in Hokianga many generations ago after his journey from Hawaiiki aboard the waka (canoe) named Matawhaorua. When Kupe left the area, he declared this would be the place of his return and left several things behind including the bailer of his waka. Later, Kupe’s grandson Nukutawhiti re-adzed the waka and sailed here from Hawaiiki to settle in Hokianga. He added ‘ngā toki’ (the adzes) to the name and the waka became Ngātokimatawhaorua. The story of Kupe is seen in many forms around the Waitangi Treaty Grounds.