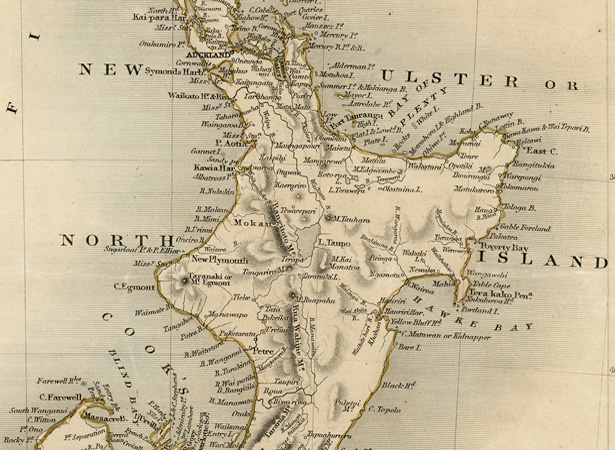 North, South and Stewart islands were to be known respectively as New Ulster, New Munster (all the South Island and the southern part of the North Island) and New Leinster. This ended more than 50 years of confusion over the relationship between the islands and Australia.

Before this official relationship, the two British outposts had had a decades-long association. It began in 1788 with a sweeping proclamation from the NSW Governor Arthur Phillip defining the boundaries of the NSW colony.This extended from Cape York in Queensland to South Cape in Tasmania, encompassing all land west to 135 degrees longitude and ‘including all the islands adjacent in the Pacific Ocean’.  This vague definition included New Zealand and as a result it became a de facto part of NSW territory.

Governors encouraged economic and cultural activities across the Tasman. The Church Missionary Society’s presence was supported and New Zealand’s first Justice of the Peace, Thomas Kendall, was appointed in 1814.  However, debate over the legal status of New Zealand continued, such as whether New South Wales’ law applied to crimes committed across the Tasman.

The relationship with New South Wales was intended to last only until British sovereignty over New Zealand was asserted. The ‘Charter for the erecting of the Colony of New Zealand’ became effective from 16 November 1840. In 1852, the names and boundaries of the provincial divisions of New Ulster, New Munster and New Leinster were abandoned, and the colony was divided into the six provinces of Auckland, New Plymouth, Wellington, Nelson, Canterbury and Otago, each with its own legislature, built around the six original planned settlements of the colony.