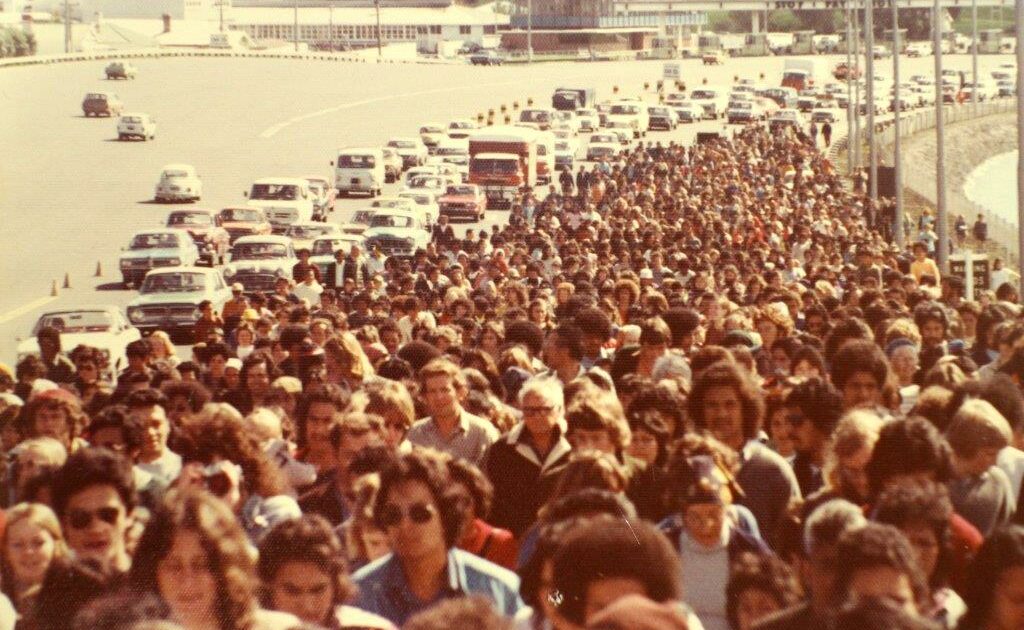 A sacred mission to secure a future for Māori

The watershed land march was regarded as a climax to over a hundred and fifty years of frustration and anger over the continuing alienation of Māori lands. The petition called for an end to the monocultural land laws excluding Māori cultural values and asked for the ability to establish legitimate communal ownership of land within iwi (tribal groups).

The Land March contributed to the establishment of the Waitangi Tribunal to investigate Treaty breaches. Its timing coincided with the passing of the Treaty of Waitangi Act on October 10 that set up the tribunal. Land March leader Whina Cooper had spent a lifetime spearheading Māori social and economic development; she was known for her sharp wit and down-to-earth views and quickly became a household presence as an advocate for the Land March issues.

The Land March pouwhenua (land marker post) flies the flag of Te Rōpū o Te Matakite (meaning those with foresight) and became an icon for Māori land rights. As the march passed through each tribal area, a member of that tribe was chosen to carry the pou, which was given special greetings when brought onto the marae (tribal communal centres) where the marchers stayed en route. As the march approached towns and cities, local people joined offering moral and practical support, stopping overnight at different marae, on which Cooper led discussions about the purpose of the march.

The Land March represented a milestone moment in the growing Māori cultural renaissance of the 1970s, bringing unprecedented levels of public attention to this uniquely Māori issue as daily TV coverage brought it into the nation’s homes.