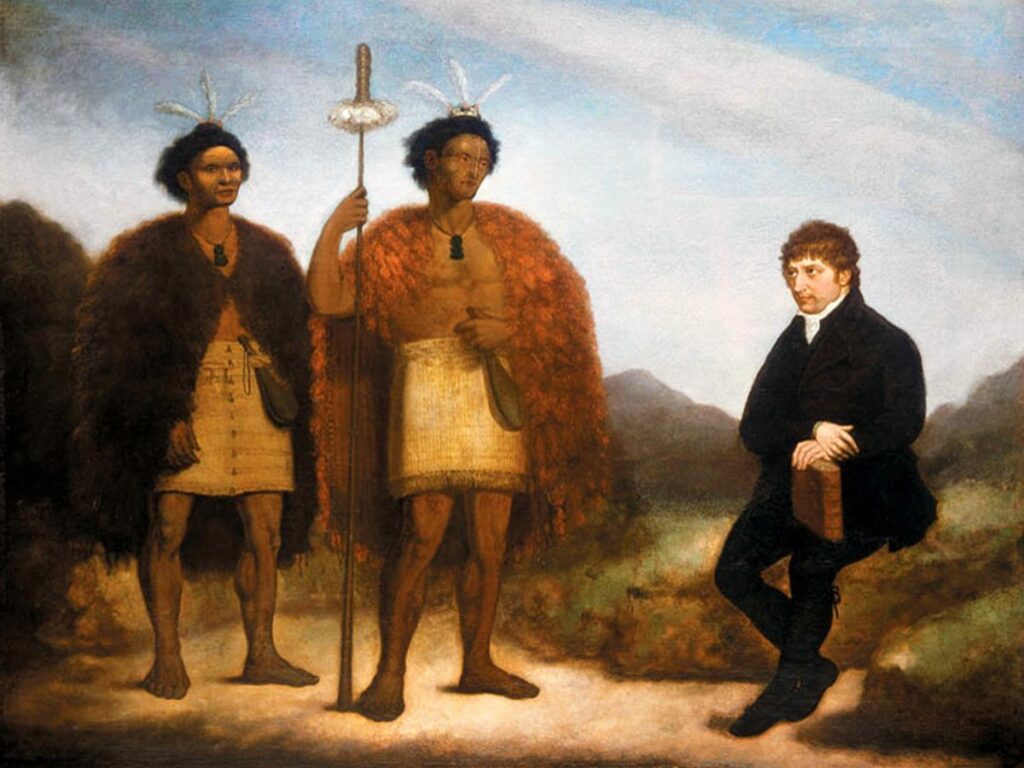 “How d’ye do, Mr King George”, the chiefs greeted him, to which he replied, “How d’ye do Mr King Hongi ; Mr King Waikato”.  Can you imagine what a stir the two New Zealanders would have caused in Britain’s high society?

The chiefs were on a tour to study new technology and different ways of living and thinking that might benefit them at home. They established a bond with Britain’s ruler, exchanging gifts and discussing topics such as wives, weaponry and war. King George’s divorce of the Queen was the talk of the town and Hongi was bemused that the King would have difficulty with just one wife, when he himself had five!

Hongi was keen to learn about Britain’s military power. Fascinated by the array of modern and ancient weaponry in the Royal Armoury, he also saw the British Army Regiments practising manoeuvres and using firearms. The King presented Hongi with two muskets, a coat of chain mail and a helmet, and Waikato with a musket. Hongi saw his trip as an opportunity to gain more firepower to give him and his people the greatest possible advantage in conflict with their enemies. On his return to Sydney, he acquired a large amount of muskets and ammunition. His subsequent war expeditions took tribal conflict to a devastating scale never before experienced among Māori.

During their stay in Britain, Hongi, Waikato and Kendall spent some time at Cambridge University with linguist Professor Samuel Lee, finalising the first full guide to written Māori.  A Grammar and Vocabulary of the Language of New Zealand was published that year. The Church Missionary Society had sponsored the trip overseas and missionaries like Kendall were keen for Māori to experience the Christian message in their own language.

Read more about Hongi Hika in this biography