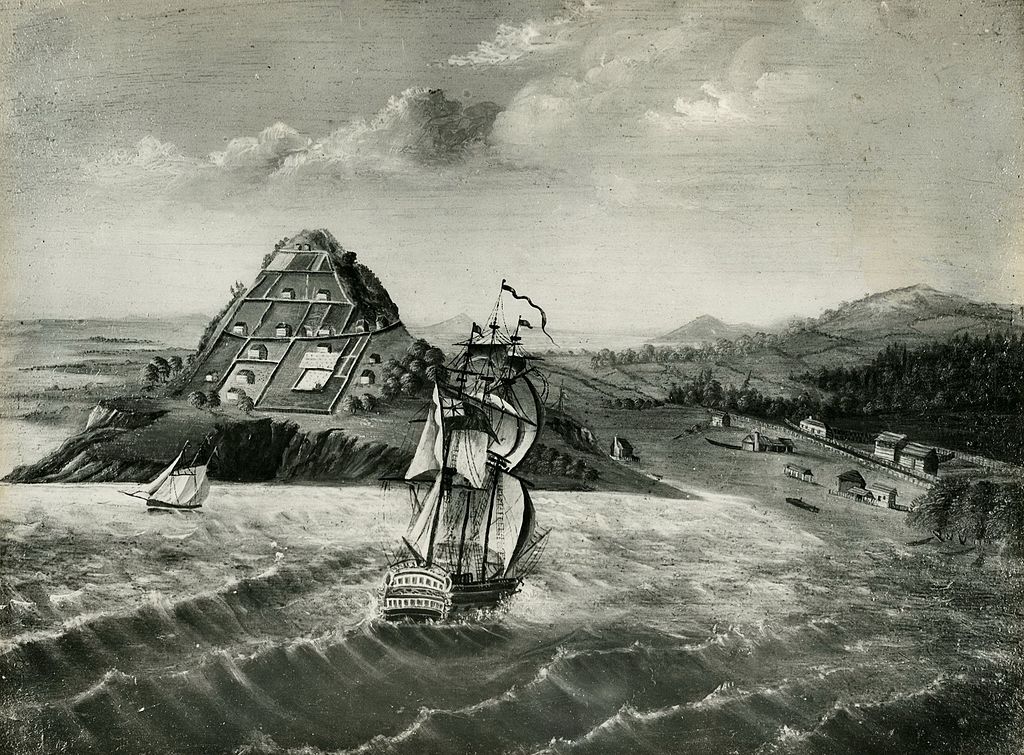 An early collaboration between two teachers

Tuai’s teachings in Sydney 1813, led to Kendall publishing the first book to use the Māori language in 1815; he used this book in his school.

Tuai was a guest of Samuel Marsden, Chaplain to New South Wales. Kendall, recruited by Marsden, was in Sydney preparing for his role as a teacher in New Zealand. Tuai was one of a number of Northern Māori travellers welcomed to Sydney by Marsden. Many were important cultural go-betweens who negotiated and made possible the establishment of the mission at Rangihoua. Tuai’s teaching was valuable; as Kendall immersed himself in the language, he also gained a deeper understanding of the culture as he prepared to teach mainly Māori students.

On 24 December 1814, Tuai, Korokoro and about 200 Ngāre Raumati warriors helped welcome the settlers, including the Kendall family, to their new home at Rangihoua under the protection of local chief Ruatara. 18 months later the school opened with 33 students and peaked at 70 eight months later. Attendance varied with the supply of food, and in late 1818 it closed. In 1819, Marsden was invited by local chiefs to build a second station in Kerikeri and a mission school was started there. By the 1830s there were numerous schools attached to mission stations, including those of Methodists from 1822 and Catholics from 1838.

View this map of mission stations in New Zealand before 1840