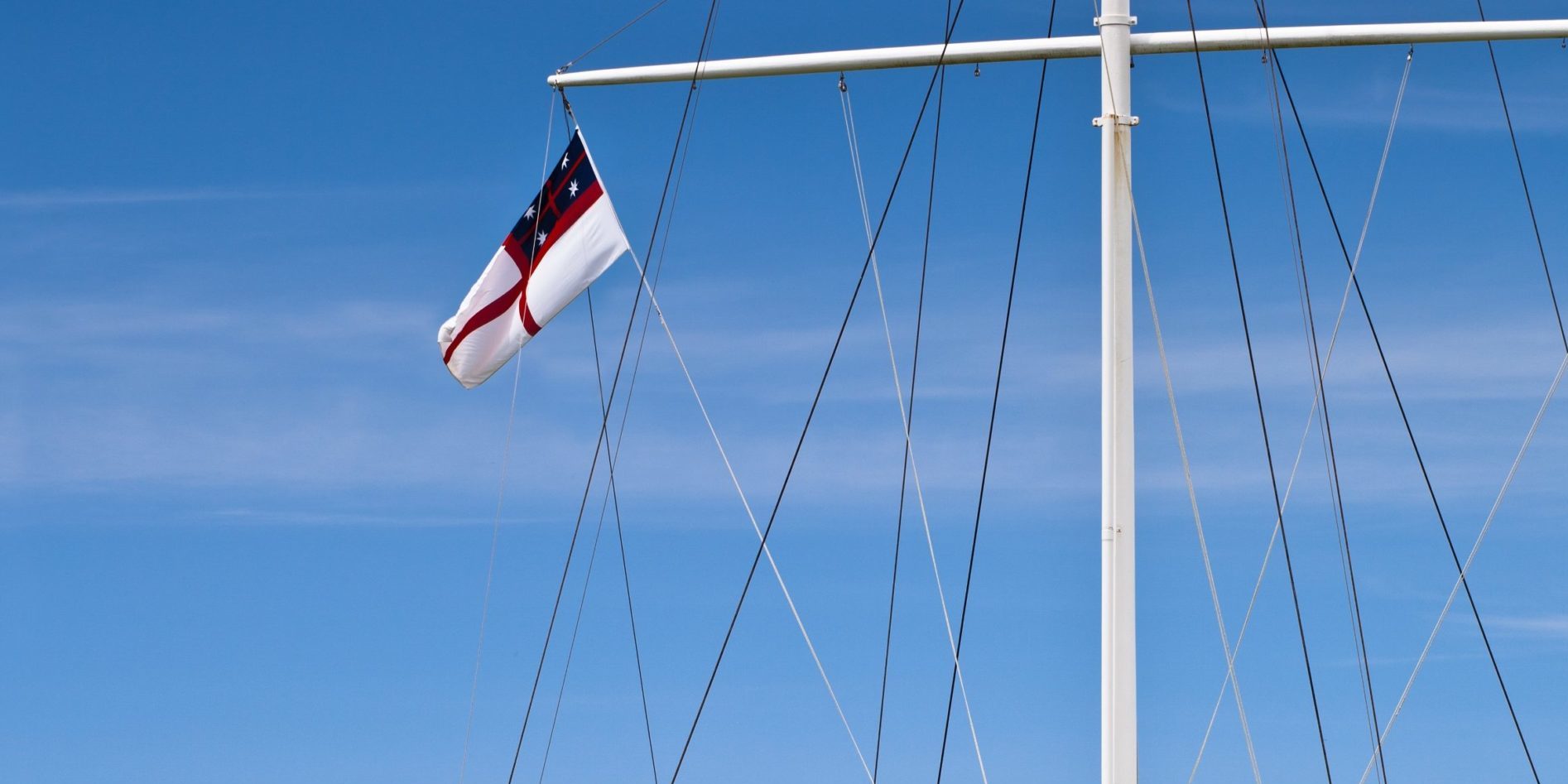 Our first flag, Te Kara, is also known as the Flag of the United Tribes of New Zealand – Te Kara o Te Whakaminenga o Nga Hapu o Nu Tireni. It came about as trading grew between New South Wales and New Zealand. Patuone and Taonui, two important northern chiefs, were partners in the Sir George Murray, the first European-style ship built in New Zealand. In 1830 they sailed for Sydney, where the ship and its cargo was seized as it had no official flag. This was a great insult to the chiefs.

In 1833 British Resident James Busby facilitated for chiefs to select a flag for New Zealand to solve this problem. On 20 March 1834, 25 northern chiefs met at Waitangi to vote on three flags that the local Missionary Henry Williams had designed. The winning flag was Te Kara. Hōne Heke, an important northern chief, gave Busby a kauri spar to make a flagpole for flying it at Waitangi.

The Union Jack flag replaced Te Kara after the Treaty of Waitangi in 1840 and the Union Jack was replaced by today’s flag in 1902. Te Kara is still important for Māori people, especially in the north, and flies at Waitangi at all times.