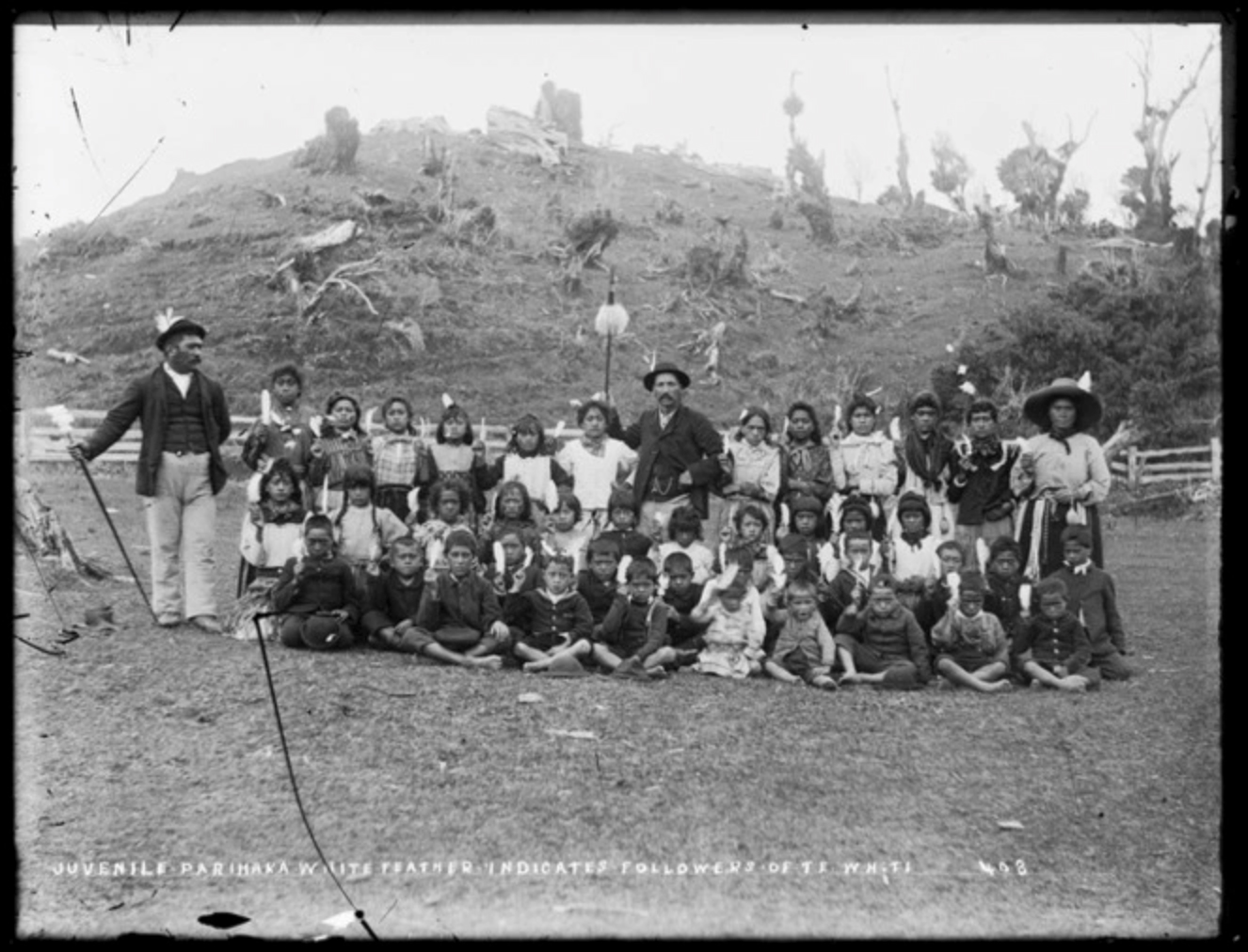 In 1866, they set up Parihaka in Mt Taranaki’s shadow, to peacefully resist settlement on confiscated ancestral lands. This vibrant community was based on equality, collectivity, identity, goodwill and self-sufficiency. Today marks 140 years since colonial forces, in one of our history’s darkest episodes, demolished the village, with most inhabitants arrested or driven away.

Tohu and Te Whiti’s progressive leadership saw Parihaka with the second water pump system in Aotearoa – giving homes fresh running water.  It was a fully functioning town with roles for bakers, seamstresses, blacksmiths, bankers and a council of management. They did not reject technology or innovation but believed the community needed to be confident and competent in its ability to sustain itself and support visitors. Parihaka led the way nationally in development and was the first modern settlement in Aotearoa to have street lighting and by 1887, homes had been built in the Victorian style.

The Day of Plunder

On November 5 1881,Te Rā o te Pāhua (Day of Plunder), more than 2000 villagers on the marae, and children singing and offering baskets of food, greeted the 1600- strong armed force led by Native Minister and Wanganui MP John Bryce, who described Parihaka as ‘that headquarters of fanaticism and disaffection’. He ordered the arrest of Parihaka’s leaders, the destruction of the village and the dispersal of its inhabitants. Te Whiti and Tohu were detained without trial for 16 months.

In 2017, over 100 years later, in very different circumstances, the Crown was again met with singing children and food baskets at Parihaka. The Crown was there to deliver te whakapāha — a formal apology for its actions over Parihaka. Hundreds attended He Puanga Haeata — the reconciliation ceremony. Some openly wept as Treaty Negotiations Minister Chris Finlayson delivered the Government apology. Te Pire Haeata ki Parihaka (Parihaka Reconciliation Bill) was passed; it includes the establishment of a Parihaka–Crown Leaders’ Forum, Te Huanga o Rongo — healing and reconciliation assistance, the setting up of a Parihaka fund and protection of the name ‘Parihaka’ from commercial use.

Today Parihaka continues to be a place where people seek solutions to the pressing issues and problems of the day, and to consider what the legacy of Tohu and Te Whiti brings to decisions about how to respond to injustice.