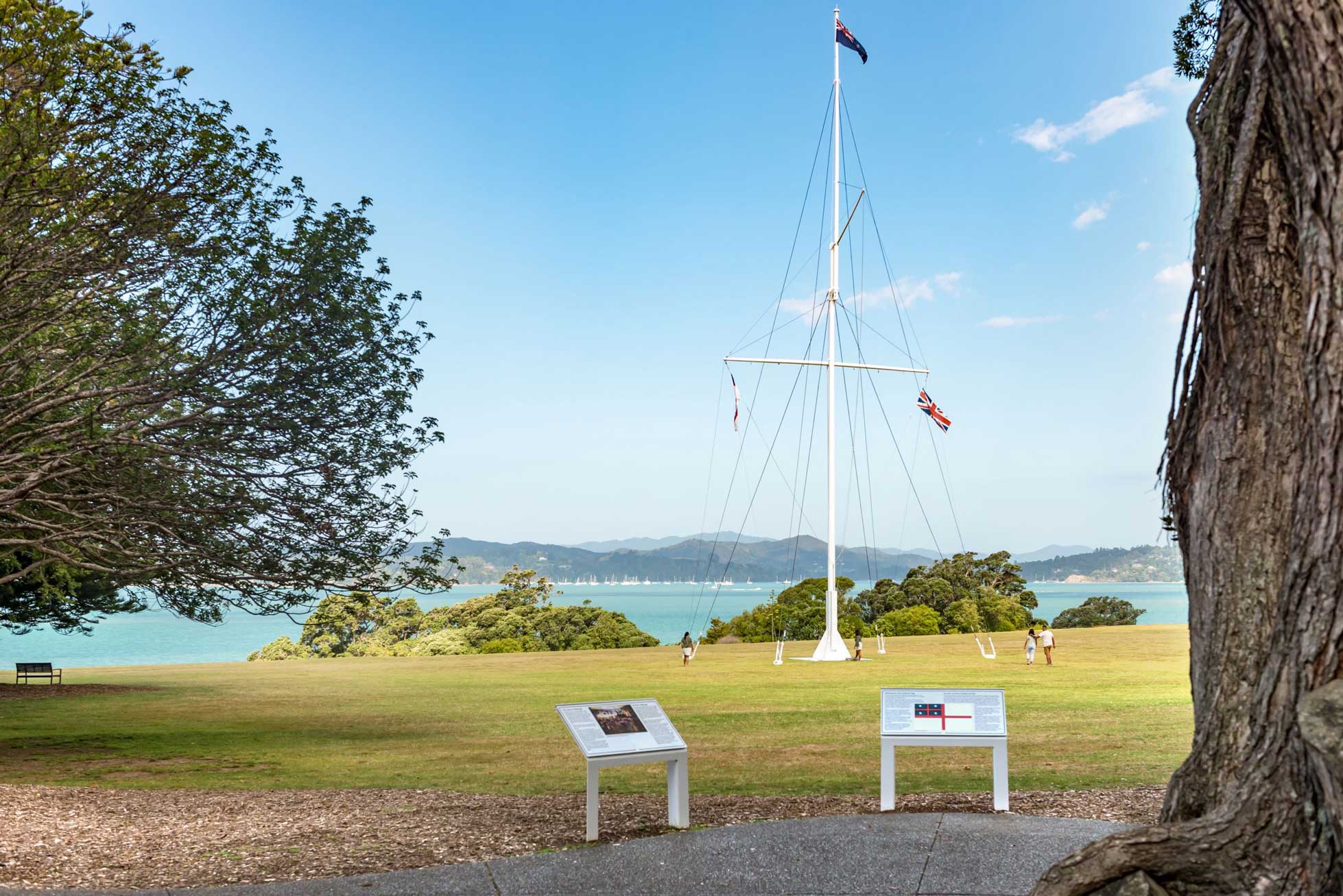 When Lord and Lady Bledisloe first walked on the grounds of Waitangi in 1932 they looked beyond the run-down buildings and overgrown gardens and envisioned a future where the significance of Waitangi was properly recognised. This was a dream many Māori had been holding onto for decades.

The Bledisloes purchased the 506 hectare Waitangi Estate and then gifted it to the nation, to be put in trust and managed by the Waitangi National Trust Board made up of representatives from all the regions of the country and from various families with historical connections to the Treaty of Waitangi. A special hui (gathering) was held at Te Tii Marae and Waitangi in February 1934 to celebrate the formal handing over of the Bledisloes’ gift of land, with around 10,000 Māori from across New Zealand attending to honour and celebrate their gift. 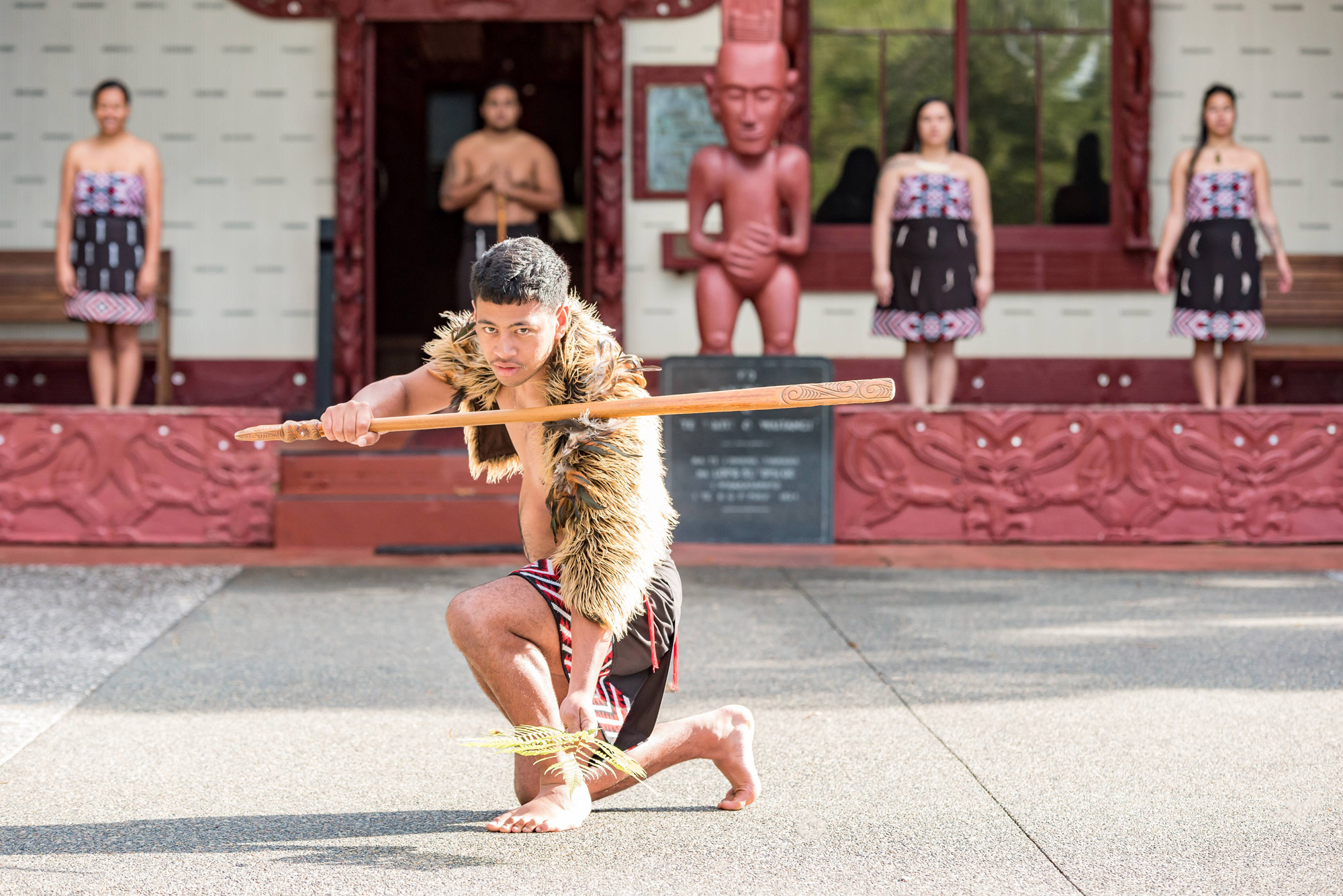 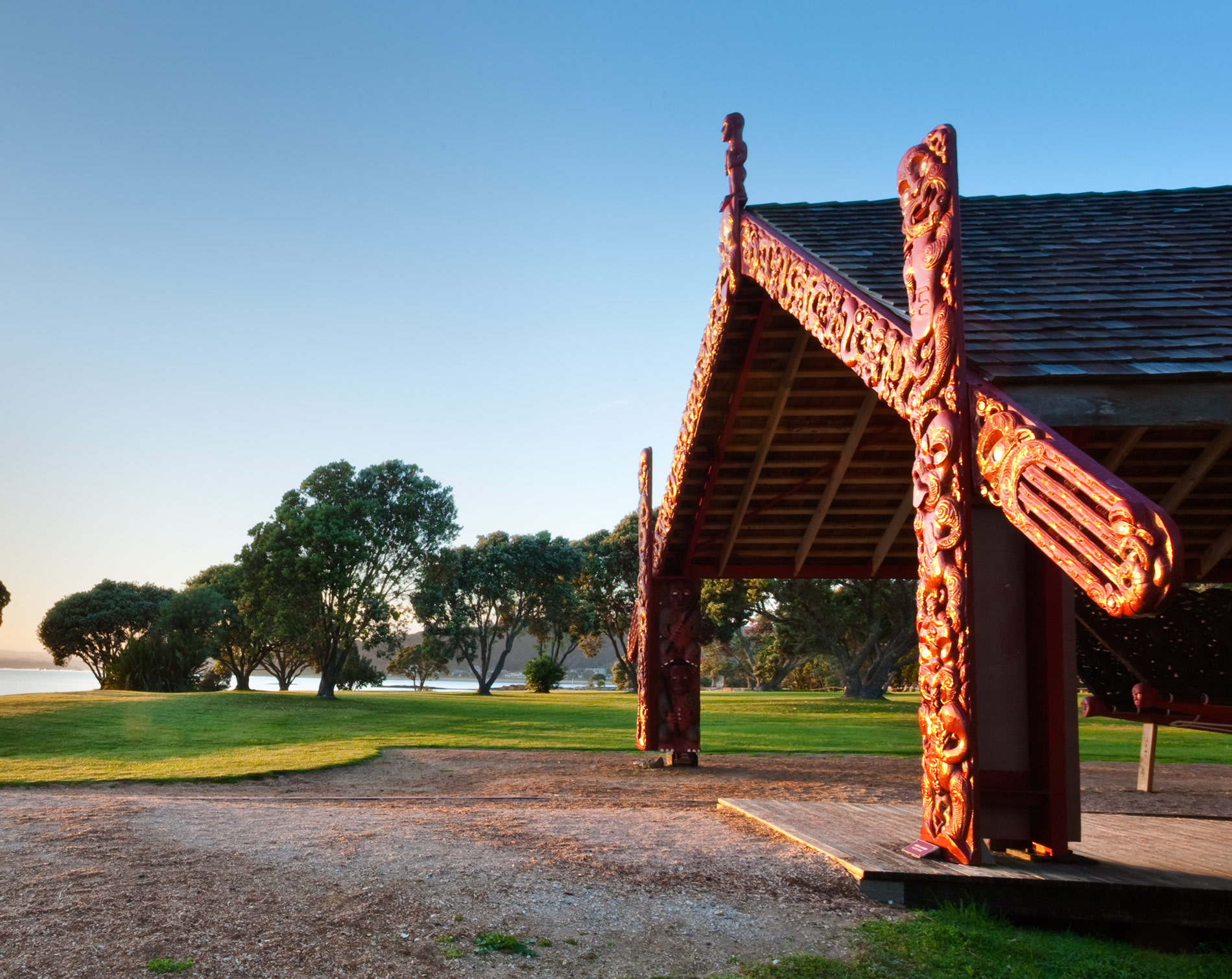 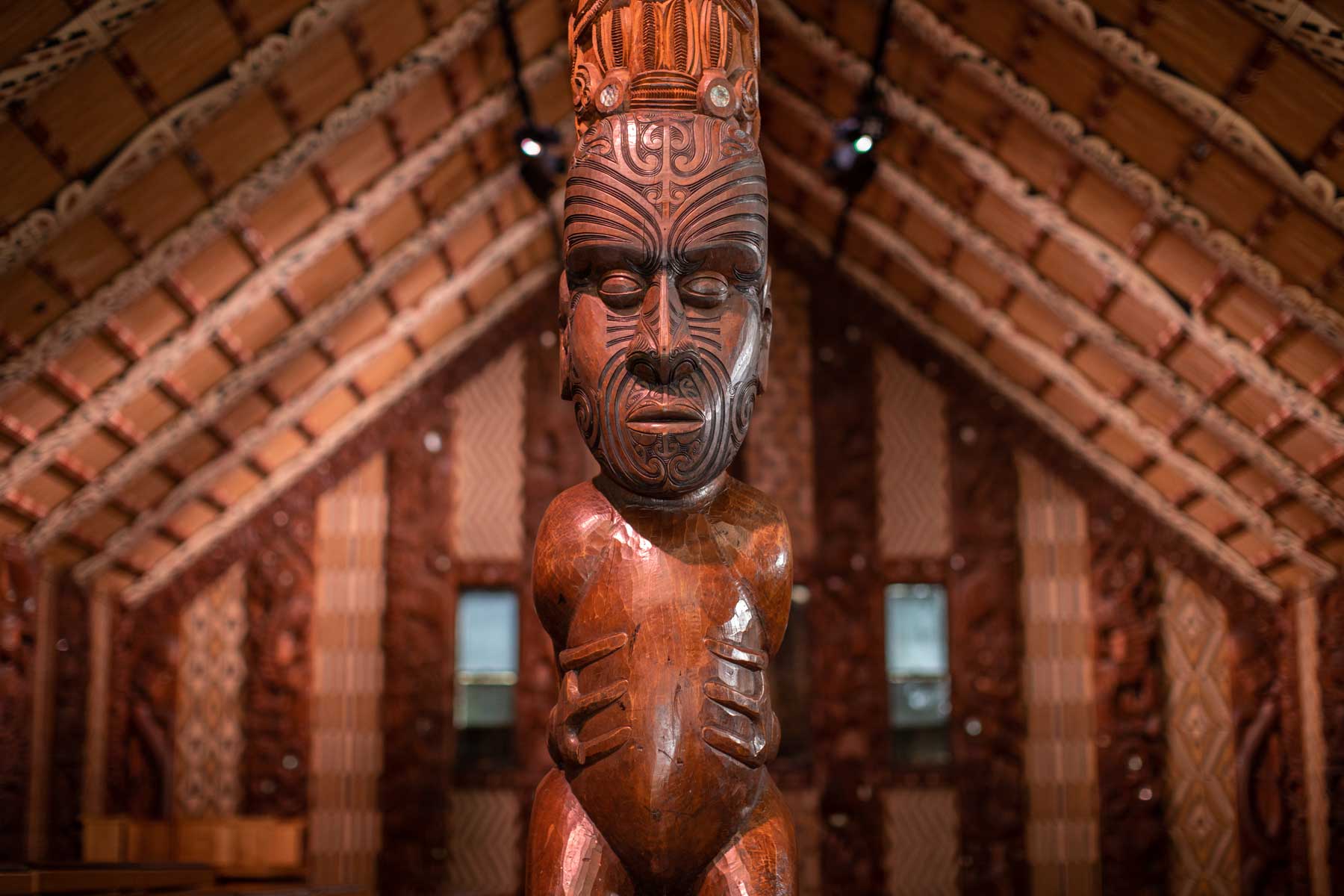 He Whenua Rangatira – An Enduring Symbol of Nationhood

Kaitiakitanga / Custodians of the Kaupapa

The Waitangi National Trust was set up by an Act of Parliament to administer the estate. Its Deed of Trust, drawn up in 1932, set out the objectives for the Trust Board and the Treaty Grounds. These included priority being given to the repair and restoration of the former Residency which, at Lord Bledisloe’s request, was now renamed the Treaty House.

On the Trust’s first Board were:

The Board continues to be made up of descendants and representatives of people directly associated with this historic site. The incumbent Governor-General has the right to choose to be Patron of the Trust.

As kaitiaki (guardians) the Waitangi National Trust Board takes responsibility to:

After the signing of the Treaty in 1840, the Treaty House remained the property of the Busby family. The house and surrounding estate was sold in 1882 by Agnes Busby, ten years after her husband’s death. Over the years the Waitangi Estate gradually declined, becoming a typical piece of New Zealand marginal farmland. Only Māori, it seemed, remembered the significance of the place. In 1878 members of local tribes petitioned the government to help them set up a commemorative meeting house, but the Government refused.

In the early 20th century, local MP and lawyer Vernon Reed took up the cause for greater appreciation of Waitangi as an important site for all New Zealanders. He had many knock backs but in 1932, when the Governor-General and his wife, Lord and Lady Bledisloe, were holidaying in the Bay of Islands Reed encouraged them to visit Waitangi and see this historic place for themselves. The Bledisloes were enchanted by the site and, convinced that New Zealanders should appreciate its significance, they arranged to buy what is now the Waitangi National Trust Estate.

On 10 May 1932, following this visit, Lord Bledisloe informed the Prime Minister George Forbes by letter: ‘I desire formally, on behalf of Her Excellency and myself, to present, through you, to the nation, New Zealand’s most historic spot “Waitangi” together with 1000 acres of land belonging to the estate of which it forms part and which we have recently purchased with this object.’ 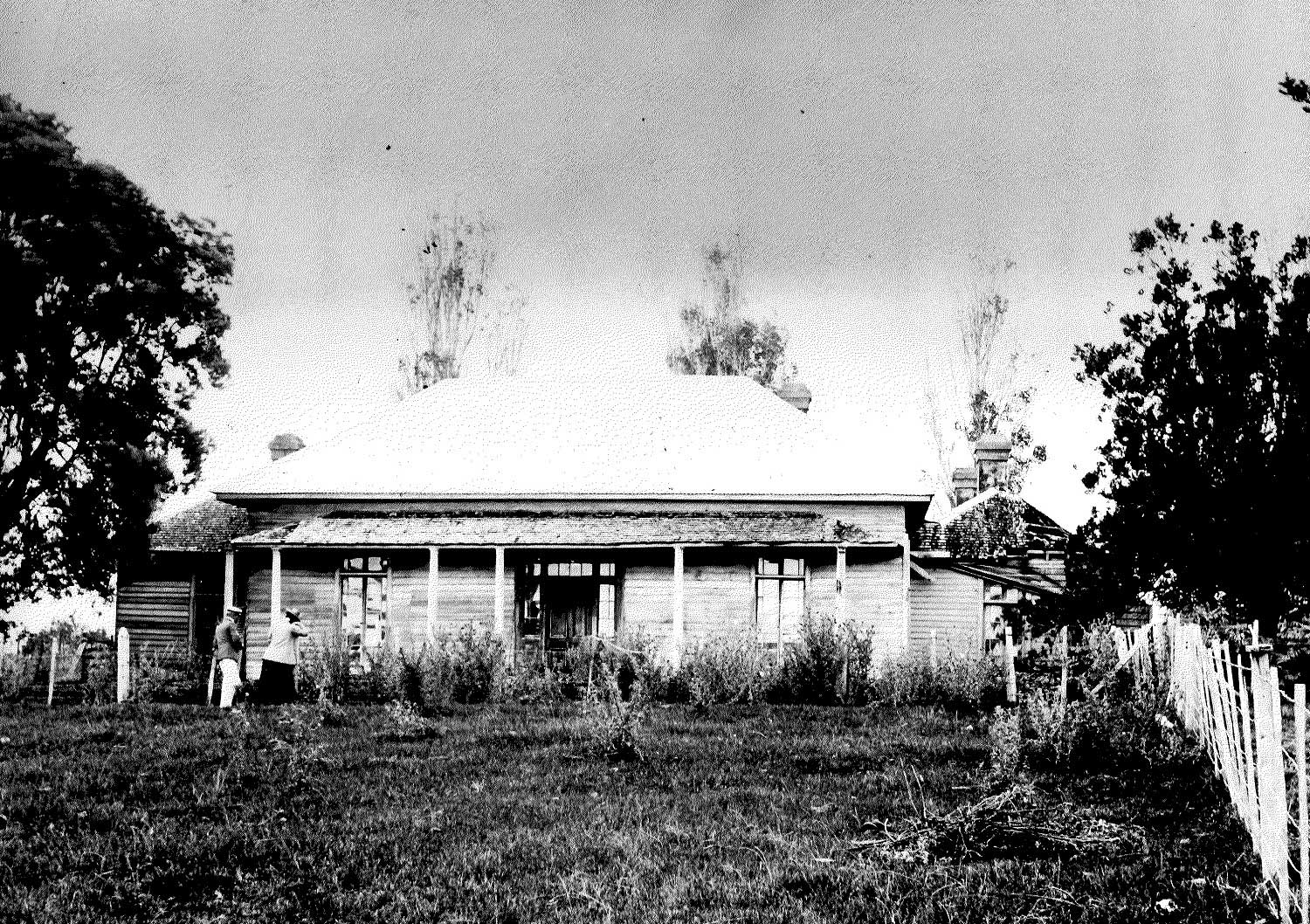 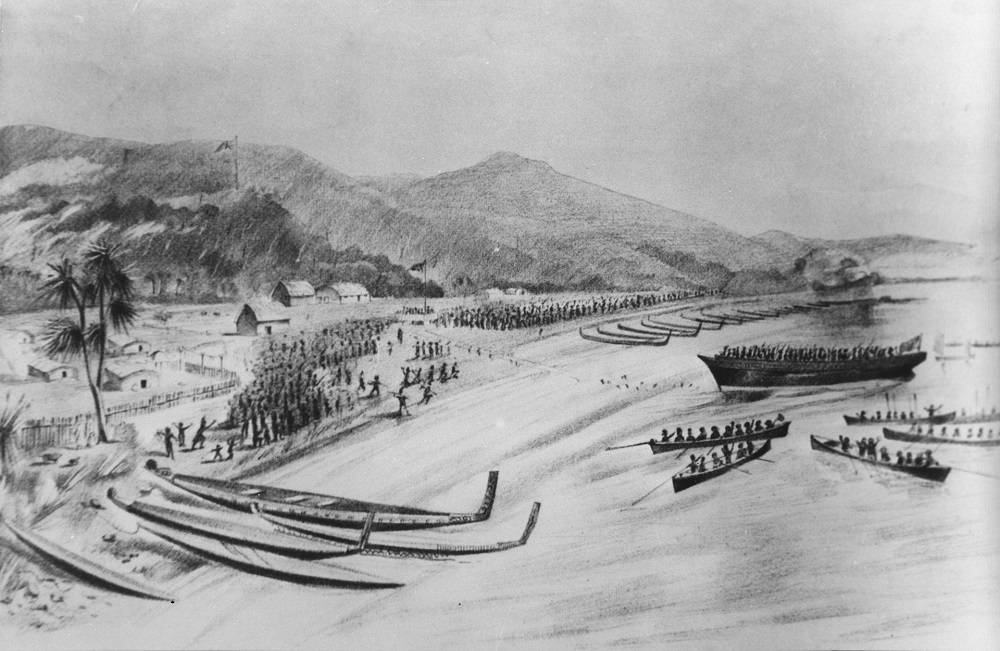 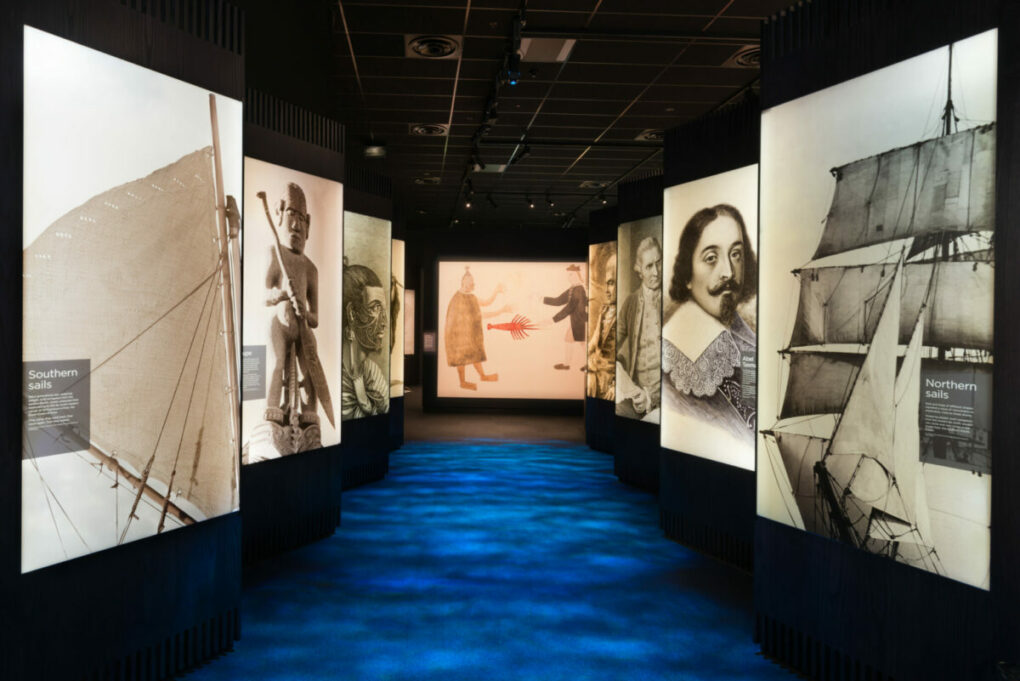